And relax…. Recovery, Expo, London and becoming a Hippy! 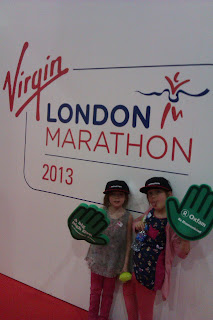 Last time out I’d just finished SDW50. Well that was nearly 2 weeks ago so what’s happened since?

Well the where do I start? I’ve been enjoying the various reports from the people I met on the event and I’m glad it wasn’t just me that found it reasonably testing. I finished the last mile with a guy who shared my opinion on the event and I later found out he’s ex-forces so that puts it into perspective. If you get the chance check out his video review of the day as it somewhat explains the “pain”. I was also glad the missing runner was eventually located be search and rescue!

Anyway, recovery? As I explained in the last post, I hurt a great deal during the event. This was to be expected as covering that kind of distance would be hard on the body but it was different to last event. This pain was due to stress on the body during the event, general wear and tear if you like. What I’d experienced before during events was pain in my legs from lack of training and/or experience, I could run through the pain I felt this time but not previously. After fully analysing the differences in events I’d decided the training this time had prepared my body better to the point I could actually run at 50 miles where before I could barely walk!

So what else did I learn apart from decent training such as more back-to-back runs etc. help. Catra Corbett aka Dirt Diva the well know female ultra guru from the U.S. was correct when so told me to fuel as early as possible! (it was nice to get a congrats message from her BTW.) They say in the army there’s only two times you need to drink! When you’re thirsty and when you’re not thirsty! and the same applies to food, eat as much as you can stomach and practice in training.

Talking of hydration I finished the event with slight kidney pain and despite drinking regularly with Nuun tablets I was still severely dehydrated. I carried a 750ml Camelbak bottle with a spare bottle in my pack. The Camelbak incorporates a drinking straw system which means I don’t have to remove the bottle from my front mounted holder but also means I didn't monitor levels and during one long stage I actually ran out of water, not serious on a cool day BUT could have been a serious issue, plus the internal drinking straw fell out. As it turned out, this was easily fixed as it just pushed back on but its just one of those things you dont need in a race. I think I’ll try something different next time, maybe Coconuts? 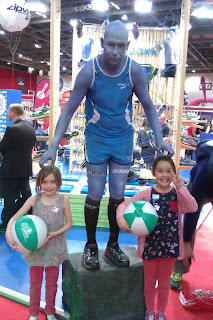 So what about kit? The OMM jacket was unbelievable and now I just want to wear everything they produce as Im convinced this “saved me”. The dual layer trail shorts from Ron Hill were equally epic! They kept me warm when I needed it but were the perfect balance between shorts and tights and I can see me owning a lot of these!

So how do I feel, post event? Well strangely ok. I had muscle soreness in my quads from the large amount of downhills but everything else as alright. After a couple of days I manage a few miles light running and then by mid-week I was back into normal training minus any long run for now. What I did notice though was a general reduction in energy. I felt on each run that I was operating below my best and that I felt drained. This is to be expected though as the body is still recovering so just needed to not push it too hard as I’ve heard it can take three weeks to get back to normal.

This last week was the build up to the London Marathon. By now you’d read all the news on the Boston marathon bombing so you can guess London was even more in the spot light. I wasn't running London this year but took the family for our regular visit to the Expo at the Excel Centre anyway as it showcases everything new in running, this time I was looking forward to reviewing products such as new running packs, quad compression sleeves as the calf sleeves were superb on SDW50, also information on Comrades Ultra in South Africa for next year and also a small stand by a company called the Chia Co.

I have to admit previously the London Expo has been a little “flat” with the same companies every year showing the same products, I even nearly didn’t bother going this year especially as I wasn’t taking part BUT I’m glad I did! Well full marks to the organisers as they’d done a great job this time around. The Adidas stand at the front of house had been completely redesigned and was like entering another world as you passed through the darkness (very clever) and the hall was packed with people showing lots of new gear.

The best news was that this was the first time there was a definite presence of all things barefoot and minimal. It seemed even the main manufactures now all had minimalist products on show and it was nice to see the huge Mizuno stand with a massive image of the Evos which I’d been lucky to be part of promoting.

If you’ve never been it’s free to enter and there’s lots to sample! My daughter and her best friend had a awesome time and could barely hold everything they'd acquired. As well as the many manufacturers, there were also a huge presence from running races all over the world from marathons in Spain to the legendary Comrades ultra in South Africa. It was the Comrades stand that I really wanted to see as this was one of the top ultra races in the world and definitely on my dream list of races. I'd been talking to a few people about it so decided to get more info. 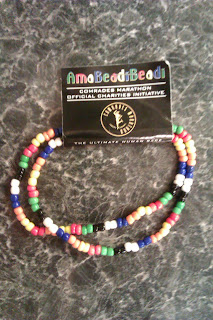 The race is over 50 miles on road and is the same route every year point to point but switches direction every time. The guys on the stand took me through what the race was actually like with people from all over the world taking part in an event where over the whole course the communities it passes through go mad supporting everyone! I was given some info to register in September along with a nice authentic Comrades bead necklace which I had to fight to keep Katie.

The best stand for me though was the Chia Company http://www.thechiaco.com.au/.

I first read about Chia seeds probably like everyone else in Born to Run, the barefoot bible about a hidden tribe of Indians in Mexico’s Copper Canyons. They were the “magic beans”, (ok seeds) that promised to power you to untold success. I’d quickly forgotten about them until I began to speak to other fellow long distance runners recently. They were increasingly being mentioned as an aid to fuelling especially for the energy they promised to deliver. As it happened I was also getting a little fed up with consuming gel after gel and this looked like it could be exactly what I was looking for?

I’d already brought into the whole Beetroot “thang” from Expo two years ago when I first sampled it and nearly chucked up right there at the show! I can’t say I’ve now grown to love it but I tolerate it and it does amuse me when it turns everything red. I actually do believe it does improve performance generally though and its now part of my daily routine but I draw the line at drinking a pint pre-race. It was now time for the next thing in my search for new found earthly goodness.

When I got to the stand I said hello to a very nice lady from New York who worked for the Chia Co. in the U.S. I tried to impress her with my prior knowledge of Chia and failed miserably so left the talking to her. She rattled off the facts like massive levels of Protein, Omega 3, Fibre etc. and how they had grown from baking ingredients suppliers to official supplement providers.

I'd nearly brought some seeds from a health food store previously but backed out when I was told I had to use them in baking so I decided this was too much preparation for me (and my cooking sucks).

I tried a fresh fruit smoothie with added chia on the stand and I have to admit it tasted pretty good and listened as she explained that the days of using the seeds for purely cooking were gone and there were now numerous ways people interested in sports could use them. She went on the explain that she couldn't get over the fact that chia in the UK was relatively unknown compared to over the pond where they sold themselves.

So could this be the natural alternative I was looking for? The Chia Co. produce a number of ways to buy the seeds. They do large and medium packs of the light or dark seeds (I was told there is no difference in the actual seed apart from colour) and also tiny sachets marketed as chia shots (clearly aimed at fitness people). I decided to go for a medium pack and the girl on the stand kindly threw in a handful of shot packs.

After hours of visiting every stand at expo we finally made our way home struggling with all the newly acquired goodies!

So more about Chia Seeds soon.....