Last time out I'd just got lost for the first time but managed to navigate myself back to civilisation and even catch up with some of my fellow "stringers".

We all met up on the disused railway line heading towards Bath and we began to head along the line which still followed the river. Within a couple of minutes we were then amazingly joined by top runners Sam Robson and Dan Hall and lord only knows were they'd been as I assumed we were the back of the field!

We all carried on until we noticed that we were actually meant to be on the canal at this point and not on the railway line. Our group were split between heading onwards as we'd meet up with the proper course in a while or turning back in case we'd miss a CP? We of course "did the right thing" and retraced our tracks and were soon back long the river.

Things were going great for a couple of minutes until the route seemed to take us along a section of the river that looked to have no actual path? We all ground to a halt yet again while we debated if we should gate crash the local sailing club in search of the river path again or stay on the main road, again leading eventually to where we needed to be. This time we did both! We decided to follow the road for a while until we could actually see the river again and I decided we should turn left and head back on course. Well when I said "I decided", I might have been slightly influenced by the fact Sam and Dan were disappearing into the distance off to the left and they seemed to have a good idea of what was going on.

It was about this time (and for the record I didn't have a clue of distance or time) that I started to notice I wasn't feeling on best form. I'd pulled slightly ahead of the rest of the group but was having to work harder than normal to keep that pace as we entered Bath town.

I was trying to make sure I was still on track with the main danger at this point being caught on the wrong side of the water! We were told that the CP would be in town so I knew it couldn't be far but you never know? Eventually after a couple of bridges, I crossed the water and headed through a park and at last saw the welcoming sight of the Centurion flag.

I could see what looked like Nici and Justin at the CP and as I climbed up the slight slope to them I couldn't have been more pleased to see a friendly face. I got a lovely cuddle from Nici and Justin filled my water bottle. I was asked if I was ok and was then told I "looked a mess" nice! but this did follow my comment that I was well below par.

The guys did their job well and a Mars bar was thrust into my hand even though I hadn't even asked for it. By now Chris Edmonds and Kate Hayden had caught me up and we all had a breif chat. I decided that I'd taken enough of Nici and Justin's time so I said bye to everyone acknowledging that I'd see my fellow runners in a moment (as you do). It was as I walked out of the CP with the Mars bar that I took my first look at my watch.

We'd only covered 14 miles but it already felt like twice that to me. It was also at this point that I noted that this was the first thing I'd eaten in the race..... HUGE MISTAKE and something I'd never normally do. My problem was I was I had no appetite and eating hadn't even crossed my mind. I also noted now just how much I'd sweated. It wasn't that warm a day but I was drenched and the sweat was actually running out of me. I didn't say anything but I knew at the back of my mind it was going to be a matter of "when" not "if".

Within a short space of time Chris and Kate caught me up as I came to a halt in a park where every turning seemed to lead to a dead end? Eventually after grabbing a member of the public and forcing them to lead us the right way, we were ok. "Bath time" was over and we set into a rhythm as we ran through the countryside.

Our short delay looking for the path to the canal in Bath meant fellow runner Dave Baker had joined us. I love meeting people on these events so it was nice to actually get a change to finally have a decent chat. It transpired that Chris was an established ultra runner with at least one 100 miler under his belt, Kate had completed GUCR and the 250 mile Thames Ring races this year and Dave was telling us about some mad Nordic Iron man event where I think you had to swim in ice for miles, run an ultra up a mountain then fight a bear!.... I might have got that slightly wrong but what I did know was I was seriously out of my depth with my "I've done a couple of 50's"... CV.

Anyway everyone was really nice and even chose to keep talking to me when they sussed I was an ultra "imposter". Seriously though, these guys were the reason I chose to Ultra marathons as my "distance of choice". I have nothing but respect for all runners from 5k newbies to world class athletes but I'm guessing its harder to have a decent long chin wag as you race 10k in 20 minutes or a marathon in sub 2:30? But here I was rubbing shoulders with the stars!

Back to "the race". Dave was on a completely different race strategy to us and was run/walking so we pulled away from him after a while. Soon though the wheels were starting to come off for me and I slowly started to fall behind Chris who was motoring and Kate. After a while I saw that they had stopped by one of the many locks and they were debating where we should head next as the water seem to split into about three directions? We looked at the map but it wasn't obvious so we all decided to go straight onto a main road which followed the main route we needed.

After a few minutes it was getting obvious for the three of us that we were not where we should be as the wet stuff was nowhere to be seen. We wondered around and finally decided to head towards some signs for an aquiduct? Finally we found the canal but bizarrely it seemed to to just finish? We were stood outside a cafe so decided to "kill two birds" and asked for directions in the cafe whilst stopping for a swift latte (owe you one Chris).

We were told that we needed to head back along the canal until we hit a path to the right and that would lead to where we should be. We eventually found the aquiduct back on route and OMG! We were about 30m from where we went off course originally, shite! We were now pretty close to the 5pm cut-off so we started to up the pace.

It was also now getting dark and I started getting myself ready in my headfor the next part of the event which would be conducted in darkness, something I'd not done a great amount of to date. We eventually saw lights in the distance that looked like it could be a pub where the next CP was located and as approached them I could here RD James shouting "encouragement" in the darkness.

This was the first chance we also had to gain access to our drop bags. I'd put everything I thought I'd need into it and even placed a complete night time kit change within but as we all stood by the van in the dark all I did was change my drenched jacket and I did switch into some comfy footwear as I'd suffered from "gravel shoe" long enough. I said that I might drop here but Driver Dave told me I hadn't even run a marathon yet (only 22 miles) so dropping wasn't an option.

We walked from the van to the the CP and I was given an awesome cup of coffee by one of the crew who I later found out was one of the UK's best ultra runners. Imagine running a local half road marathon and stopping at a CP to find Mo Farah handing you your plastic cup of water!

We left the CP just as I heard the shouts of "runner" and thought Dave must be in. We were told to follow the canal still to Devizes for approximately 13/14 miles with a 9pm cut-off. That gave us 3.5 hrs to cover this and even in my worsening state I knew I should be ok. It was headtorch on now as we trotted along the path by the water and the temperature was also starting to fall fast. I was struggling again as I tried to keep up with Chris who again was storming ahead but this time Kate was dropping off to the point where I couldn't see the light of her torch at times.

We stopped for a nav check and Kate caught up. She had been suffering for a while from an issue with her quad and was slowing her down but stop wasn't in her vocabulary! Eventually Chris pulled away yet again and this time I saw his torch light ahead moving towards another light! This was a massive boast as it looked like we had caught someone up? The lights stoped moving and I again caught Chris up. It was only Dave!

I was really confused. I was convinced Dave was behind us and we hadn't gone wrong so how did he overtake us? Then the penny dropped. While we were lost at the aquiduct Dave had chosen the correct route and overtaken us and we'd caught him up. The team were back together! After finally working out where we were again, we set off.

Chris and myself started to pull away and without realising it we were soon by ourselves. Chris now decided to slow a little so I could stay with him and again he was good company as we had a decent chat. After a while we started to approach Devizes and got to the series of locks that forced the water up hill. We finally saw the familiar lights that could only be the CP and we had made it with 1.5 hrs to spare.

I decided enough was enough for me. I'd not been able to eat and had also started being sick so pulled the plug! Gutted but what an honour to be part of this purest form of racing experiences! Thanks James Adams, Nici Griffin and everyone who helped. I aim to be back next year in any capacity they'll have me! 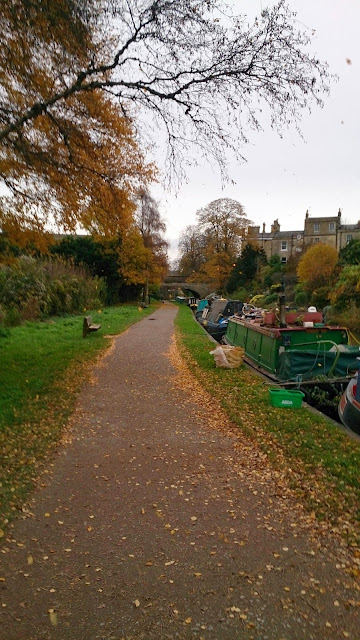